Fans get the Hulk’s super powers without getting angry.

Fans of all ages are always looking for ways to get closer to their favourite Marvel characters. We wanted to upgrade their experience, from following their Super Heroes to becoming the Super Heroes. We made every fan’s dream come true by giving them the Hulk’s superhuman strength with HULK SMASH. An installation where users reproduced the Hulk’s signature SMASH move to feel his immense “Gamma” power as their own.

Harnessing the power of an earthquake:

Fans stepped into a unique mission inside a “Military Test Facility”, full of Easter eggs referring to other Marvel characters, a world designed to make you feel like part of the Avengers. Once ready, fans slammed their fists down on the SMASH pad, generating an earthquake that made the sands and rocks tremble. Pressure-sensing technology measured the intensity of the smash while, in microseconds, software calculated the special effects required. The more force used, the more spectacular the effect in terms of ground vibration, surround sound, smoke, lights and others. They could even destroy the main building.

Every SMASH was captured on camera and transformed into a personalised comic GIF for fans to share socially, spreading the green Marvel fever. 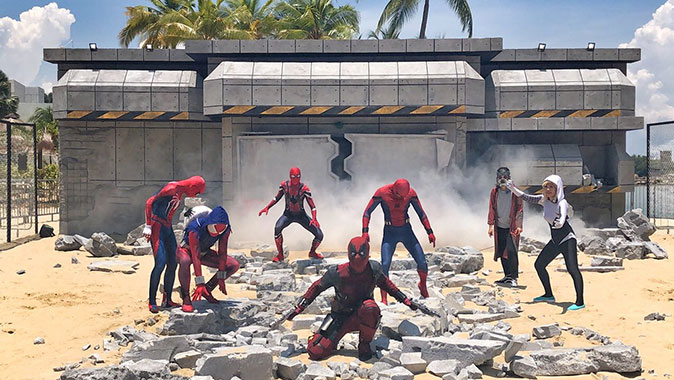 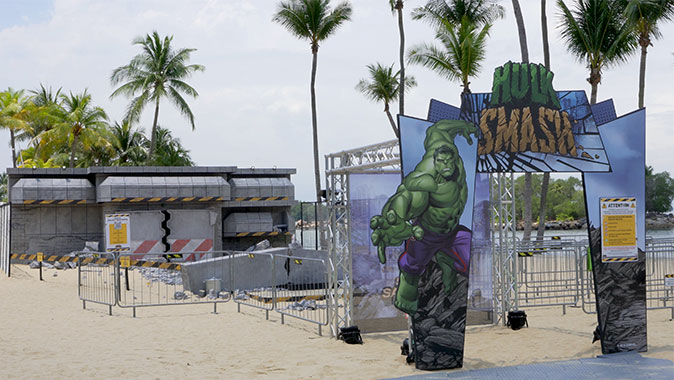 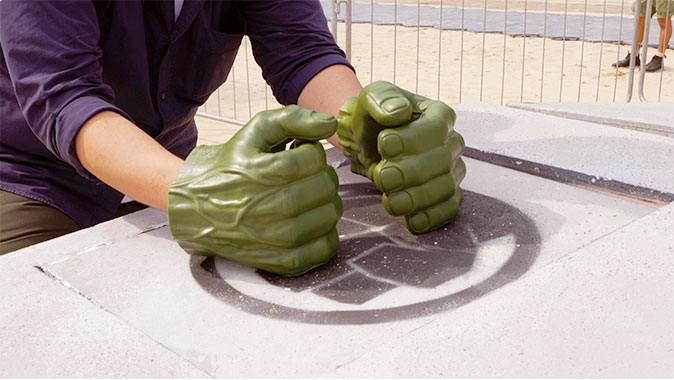 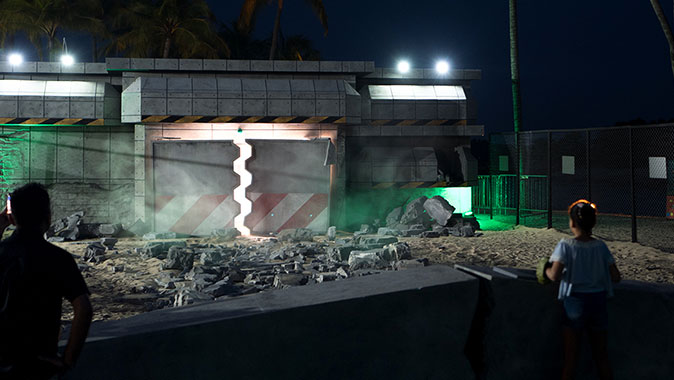